|
Categories: Main Dish
|
Tags: #korean authentic
You can create the feeling of dining out by eating shabu shabu at home! Not only is it simple to make, benefit from consuming valuable nutrition using fresh ingredients. Let’s get started! 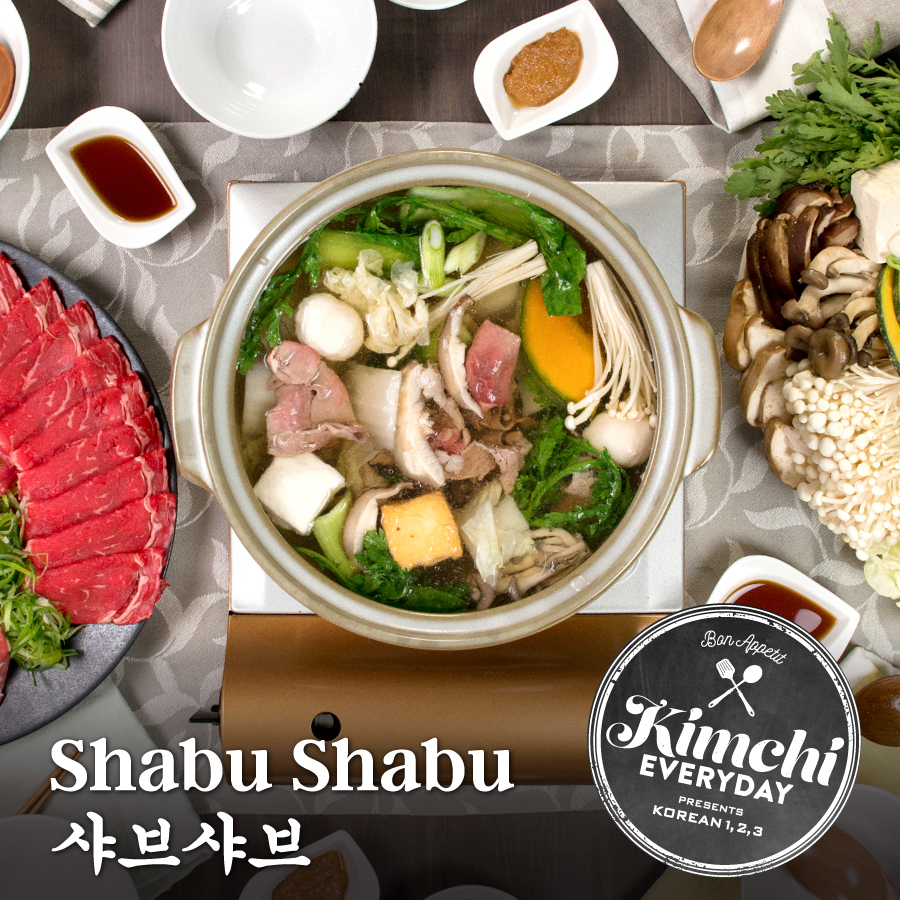 1. The first step in making shabu shabu is making the broth. In a wide pot, add 8 cups water and 3 big pieces of sea tangles, and rest it for about 1 hour. While the broth is resting, cut all ingredients into big pieces except for the beef. After about an hour, turn the heat to high and let it boil for 10 more minutes. When finished, turn the heat off and take out the sea tangles. As the last step of broth, add 1 cup bonito flakes and let it rest for 10 minutes more.

2. Strain the broth through a colander and then pour the broth back into the pot. Add 2 tsp of soup soy sauce, 2 tsp of mirin, and a pinch of salt to season. You should be left with rich and flavorful broth!

3. Shall we make our homemade lemon soy sauce? This is a versatile sauce that can be used alongside variety of foods. To make it, combine 1 tbsp lemon juice, 2 tbsp soy sauce, ½ tbsp mirin, 1 tbsp vinegar, and 1 tbsp premade broth. 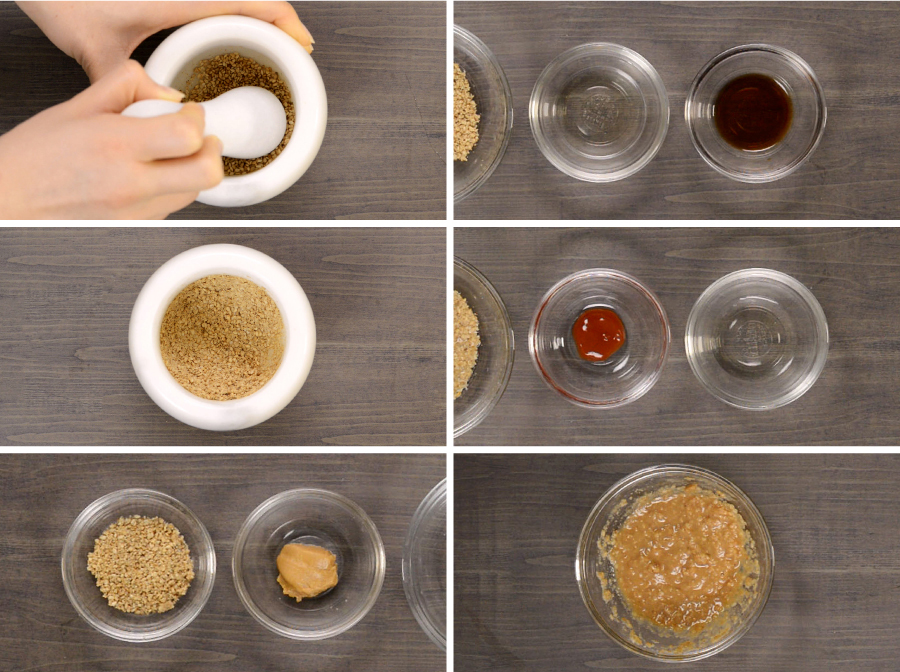 4. Next, we will be making our sesame sauce! Its creamy, nutty, well-fitting as a dipping sauce for shabu shabu beef. First, crush 2 tbsp sesame seeds to bring out their full flavor. Combine the seeds with 1 tsp peanut butter, 1 tsp soy sauce, ½ tsp ketchup, ½ tsp mirin, and 2 tbsp premade broth.

5. When you are finished making the sauce, prepare the broth by letting it simmer on low heat over a portable butane stove burner. Add your vegetables, fish cakes, and get ready to swish!

6. Using a chopstick, grab a piece of meat and swish it around gently in a simmering broth. When the meat changes color, eat it as is, or dip it in your sauce to add a layer of flavor! If you are not in the mood to prepare an extravagant meal, try making some shabu shabu. It’s a great conversational meal that you can enjoy with your loved ones! Enjoy!

Do Not Sell My Personal Information